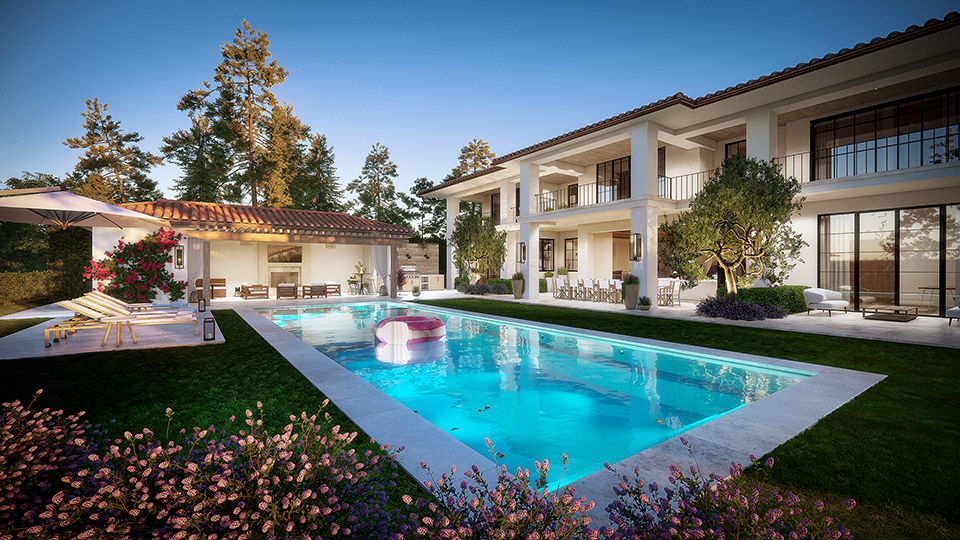 Iteration Over Technical Perfection when Visualizing this Hollywood Home

VoxlVision is a company founded by Ted Vitale and Austin Peppel in 2017 based in Baltimore in the United States. Specializing in architectural rendering and digital illustration, the Enscape for SketchUp workflow is a heavy favorite within the team for the visual marketing side of architecture.

In 2018, Ted and his team got the chance to utilize their visualization skills in a project for a prominent Hollywood figure. The Oceana residence involved building a dream home for the high-profile client, and it was done with the help of Enscape. 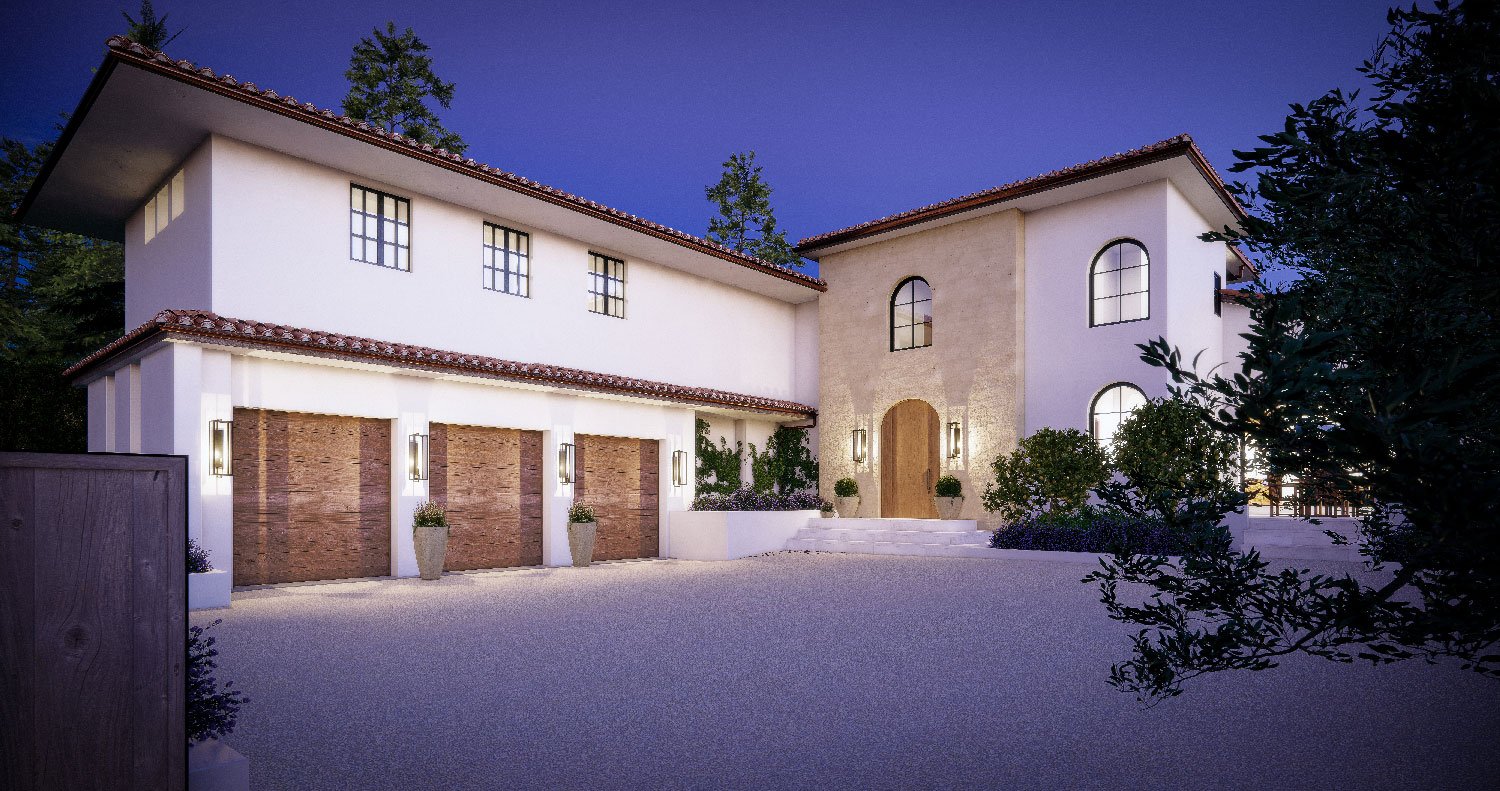 VoxlVision was brought into the project because the project team experienced difficulties visualizing the space and communicating the 2D designs to the client. Working alongside Studio Life/Style, an interior design firm specializing in luxury homes, Ted was tasked with augmenting the design work.

“I knew that a traditional rendering process wouldn’t work as the more changes that are made, the more exacerbated the timeline gets. So, I proposed a pilot project to provide a fully walkable first and second-floor interior and exterior. Using Enscape, we were able to bring in the 2D and limited 3D designs and turn them into a fully fleshed out presentation.” 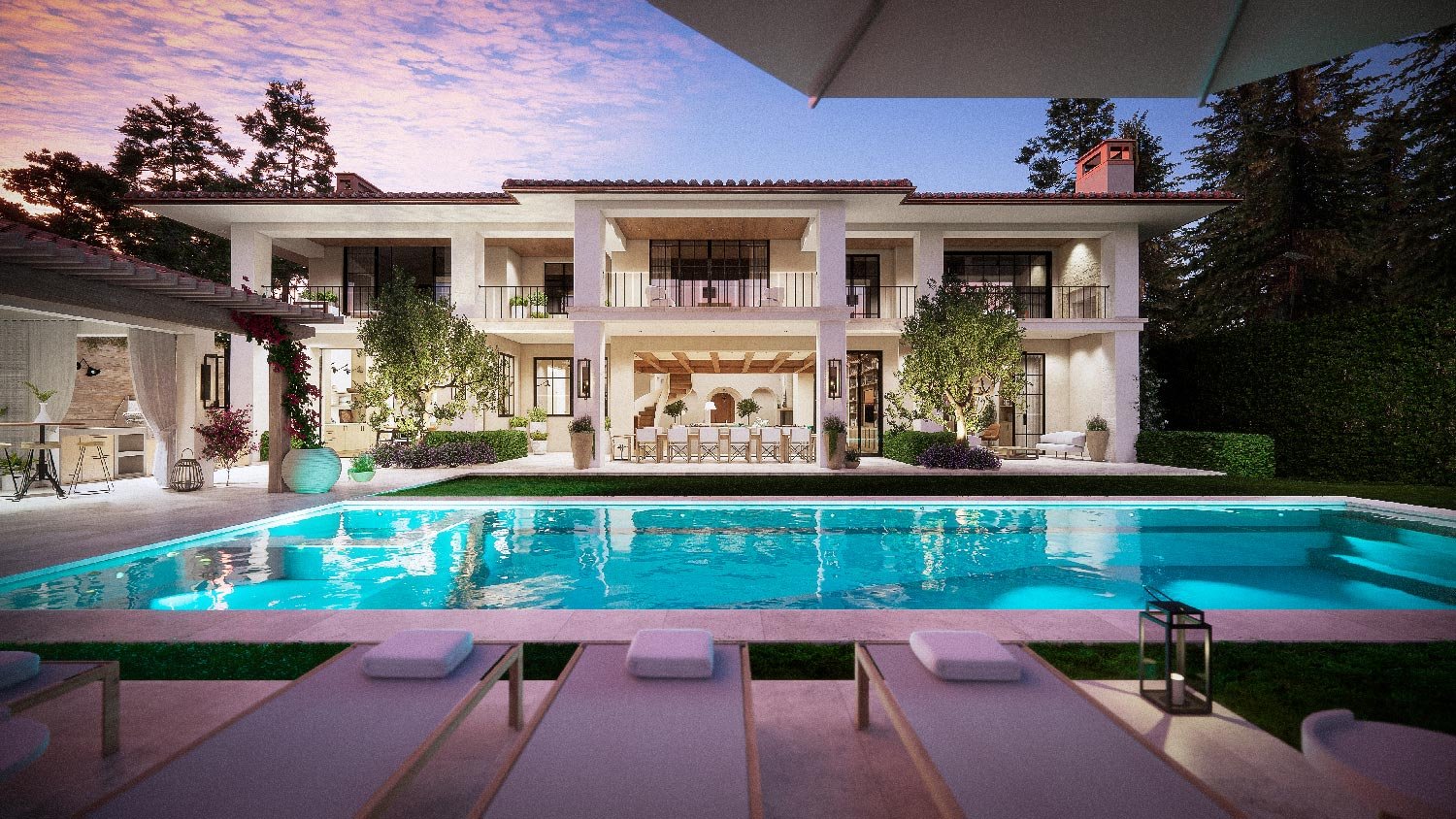 Providing an invaluable experience for the high-profile client

Throughout the project, Ted experimented with ideas from the client and the design team. Having an iterative design and rendering process meant that he could do this with ease.

Ted was able to sit down with the client and walk through their house using Enscape. This was the first house they had ever built, and it was going to be a home for them, their spouse, and children, so they wanted it to be a good space for a family.

“The ability to do everything virtually and in real time was what had the client convinced and gave them an invaluable experience in creating their dream home.

Allowing them to digitally stage the space in an almost photo-realistic environment absolutely blew them away. We immediately got approval for the interior designer to go further with the next steps.” 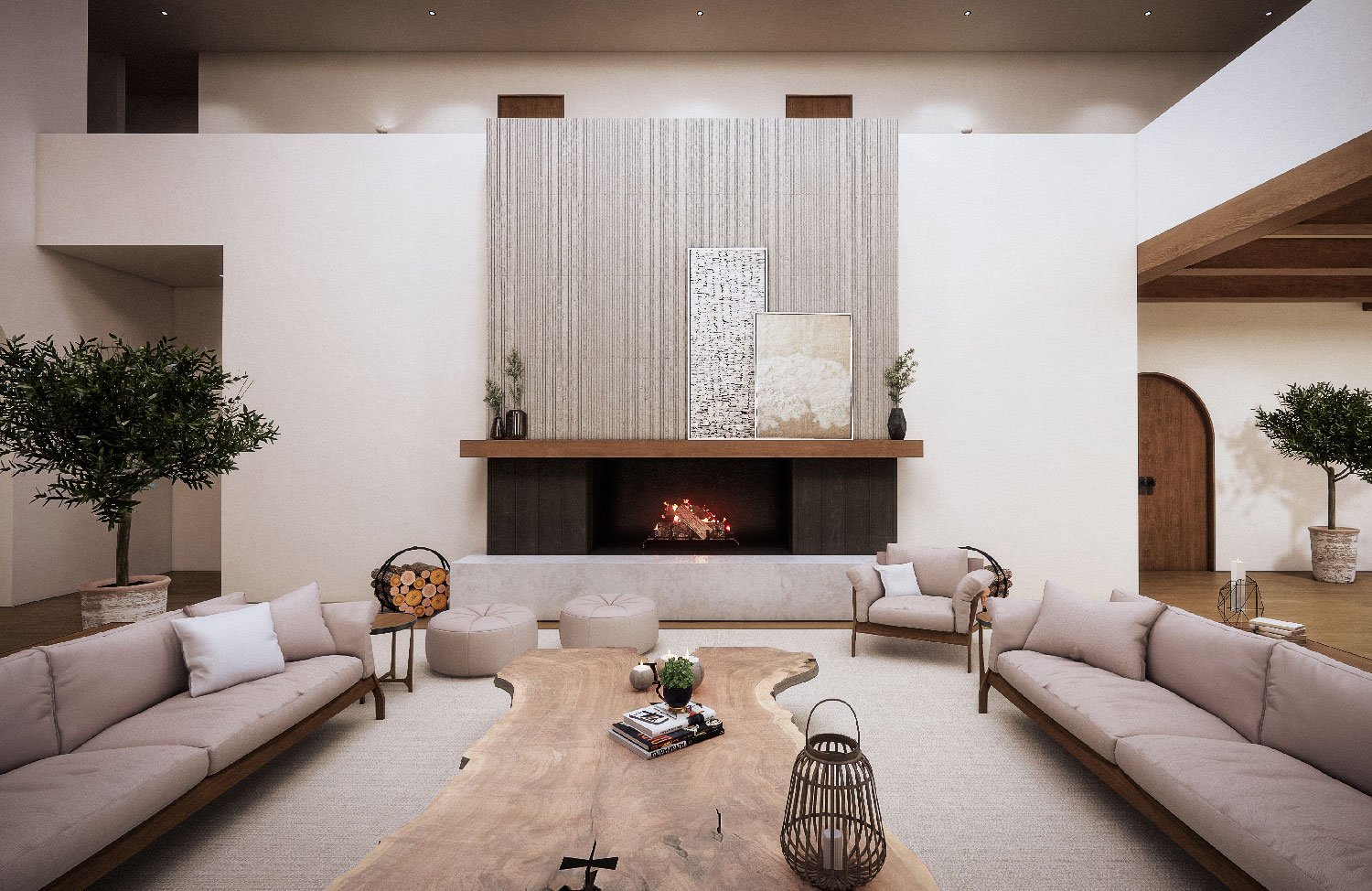 Finding a structural conflict on a staircase was another example of how valuable one-to-one digital representation is.

“While we were modeling the staircase, we found that there was a header that directly conflicted with the stairwell going to the second floor. On paper, you never would have noticed.

I’d imagine it was probably an $80,000 save for the construction and the engineering teams. So right there, our fee paid for itself and then some.”

The benefit of having a high-profile client was that Ted had access to background information to add personal touches to the renderings. He took images from the client’s social media and placed them in the frames within the design.

“We didn’t immediately show them the Easter eggs we hid around the house, but it was something they noticed while we were walking through the space. We also put in a clip of a project the client was in on the television in the background.

It was little nods to who this person was that helped to sell the concept because they could actually picture themselves in the space and enjoying it.” 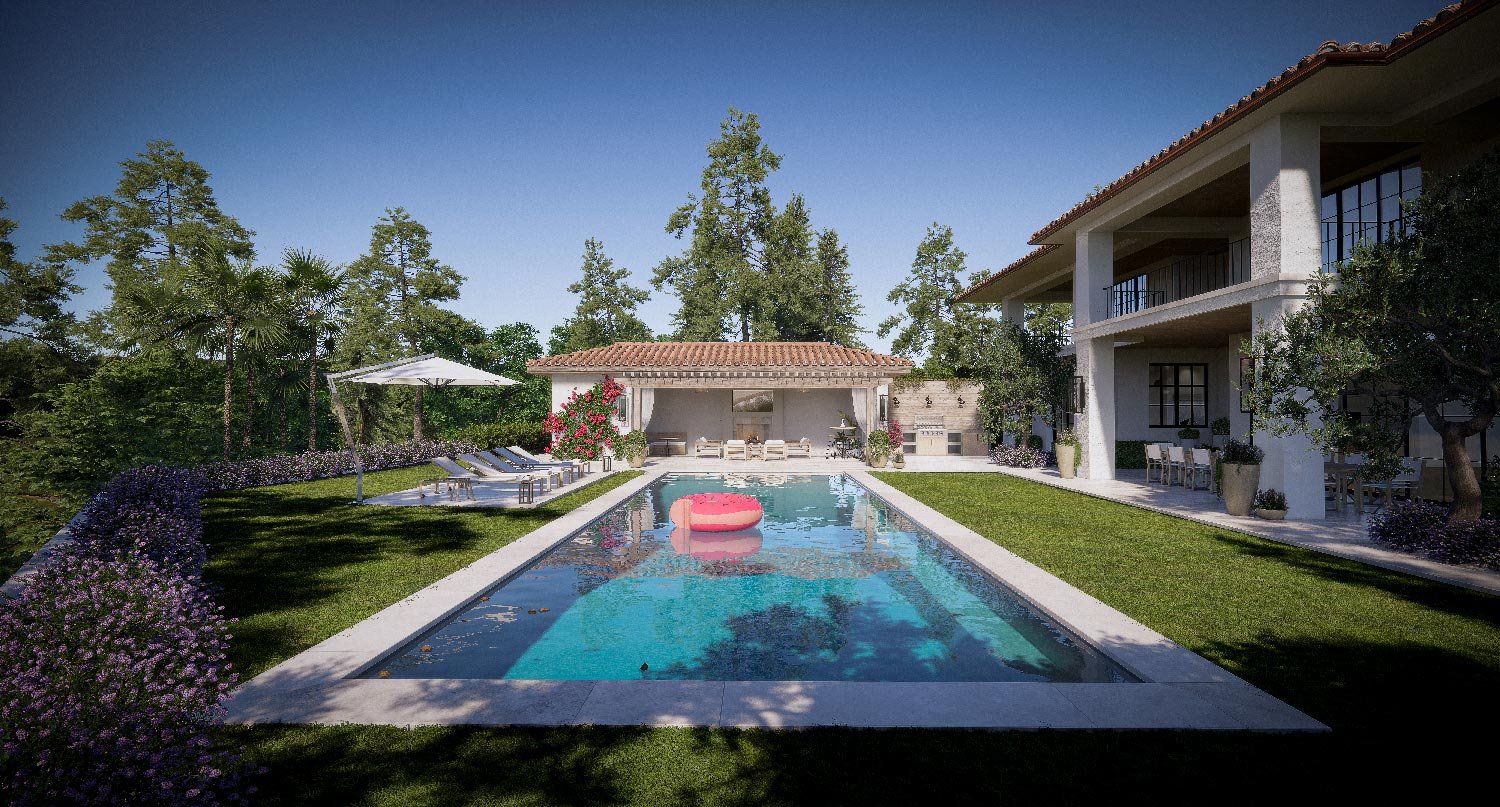 Iteration over technical perfection in visualization

Ted shared how working closely with the high-profile client in building their dream home was an example of how design iterations can be more important than having control over technical aspects.

“In this instance, iteration is more important than exact perfection in visualization. This is why Enscape was a great tool for this project. The client is more concerned about implementing their ideas and feedback than they are about whether a texture or lighting detail is exact.”

As a visualization firm, VoxlVision’s role in the design process was significant. Using real-time rendering, they helped the design team validate their ideas and communicate the designs to the client.

“Enscape can be a gamechanger in the visualization side of things. You can take 10,000 square feet and present your clients with a one-on-one representation of the space they will get. It provides ease of use for technical designers, and it gives architects confidence in their designs. It also validates to clients that the design is really something special.”

And what does Ted have to say about 3D artists and illustrators being worried about Enscape putting them out of work?

“Every time the product gets better, it pushes the artist further to make something extraordinary. The art is from the artist, not from the tool.”